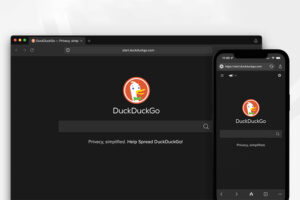 DuckDuckGo CEO Gabriel Weinberg has revealed certain details about the upcoming desktop web browser the company has been working on. The browser, which won’t be based on Google’s open-source Chromium, is of course privacy-focused and will be bringing some features from the mobile app.

For starters, it will include the Fire Button, which allows users to close all their tabs and clear their browsing data with one click. There is also the “Fireproofing” feature which lets you whitelist certain sites to keep being logged in after using the Fire Button.

In addition, Weinberg claims that the DuckDuckGo browser will be significantly faster than Google Chrome. He explained that using OS-provided rendering engines instead of Chromium allowed them to get rid of unnecessary stuff, resulting in a product that’s cleaner and more private than Chrome. However, DuckDuckGo hasn’t revealed when it will be releasing its new desktop browser.

The company has had significant achievements this year, as it revealed that its mobile app is the most downloaded Android browser in key markets while being number two on iOS after Chrome. It has released new major features such as Email Protection and App Tracking Protection to bolster user privacy.