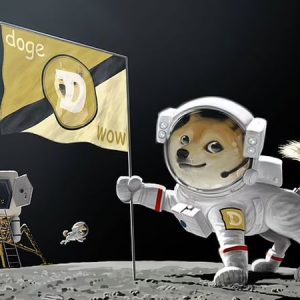 Dogecoin’s value shot for the moon today, after Elon Musk, CEO of Tesla, announced that the electric car company would begin accepting the cryptocurrency as legal tender. Specifically, the company will allow consumers to purchase “some merchandise” with Dogecoin, under what can only be described as the “making it up as we go along” approach.

Almost immediately after his announcement, the value of Dogecoin rose by an average of 15%, from RM0.67 to RM0.88 at the publication of this article. Musk’s decision also comes months after he agreed with his Twitter fans that the car company should accept the coin as payment.

For context, Dogecoin first came onto the scene in 2013, after it was created by software engineers Billy Markus and Jackson Palmer. Initially created as a “joke coin”, the traction for the cryptocurrency surged within two weeks after its debut, going from its initial value of US$0.00026 (~RM0.0011) to US$0.00095 (~RM0.0040).

This isn’t the first time Musk’s endorsement of cryptocurrencies has sent their values skyrocketing. Earlier this year, the man exponentially raised the value of Bitcoin from an average value of RM150000 to RM180000 in February, after purchasing US$1.5 billion (~RM6.35 billion) worth of the digital currency under Tesla.