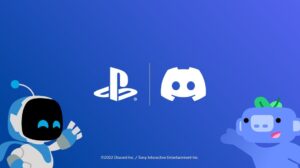 In October last year, some beta users of Discord were given a glimpse of what voice chat on the PS5 would look like. Now, it looks like dataminers have uncovered just a little bit more of what the feature can do, with code and screenshots to show for it.

Posted on GitHub, the screenshots indicate the ability for a call that’s currently running on the PC or mobile Discord app to the PS5 console. They also indicate that for the call transfer to work, you’ll need to have to already linked your PSN ID to your Discord ID, with the way to do so being announced back in February of last year.

One screenshot shows a confirmation dialogue box that would pop up if you decide to unlink the two accounts. Naturally there’s also the error message if the app fails to detect an eligible PS5 nearby.

It’s fair to say that the current state of Discord integration with PlayStation consoles is pretty rudimentary, if anything at all. Right now, the only thing you get to do right now is show what PlayStation games you are playing on the voice chat software. The most important thing that people, use Discord for – the voice chat part of it – is still nowhere to be found. The screenshots from the beta was a good sign of things to come, and this is more of that. Unless you only own a PS4, in which this only confirms that the console is being left behind.

All that being said, there’s still no official word on when this is happening. The best we have is what industry insider Tom Henderson claimed all the way back in August of last year, that full Discord voice chat integration with the PS5 will be coming alongside the latter’s 7.00 firmware update, slated for 8 March 2023.