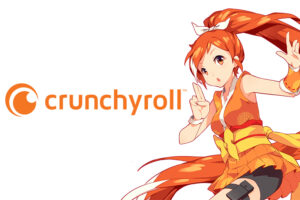 Anime streaming platform Crunchyroll has announced that it is ending free episodes of new and continuing shows starting with the April 2022 season and beyond. Moving forward, free users will no longer be able to watch new ad-supported episodes one week after their release.

With each seasonal release, the company will be offering a seasonal sampler with select titles for free. On that note, new shows such as Spy x Family, Dawn of the Witch, Tomodachi Game and a few other new anime titles will be available for free one week after airing, but only their first three episodes.

The only good news from the announcement is that the shows that are already free on the platform will remain free. If you want to watch the full series of new shows, now you’ll have to pay for one of the site’s subscription tiers, which starts at US$7.99 (~RM33) per month for the base plan and US$9.99 (~RM42) for the Mega Fan tier, which includes offline viewing.

Crunchyroll says that it “will continue to offer free content going forward,” but did not elaborate. To entice more subscribers, the site announced that it will be adding Funimation’s content library to its offering soon following Sony’s acquisition of Crunchyroll, which also owns Funimation.