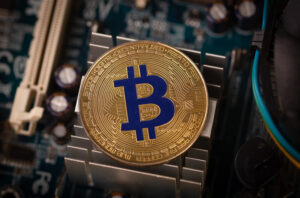 Texas senator Ted Cruz is backing the idea from cryptocurrency enthusiasts that Bitcoin mining can help with putting energy back on the grid during times of surging demand. He cited the ability for miners to turn their mining rigs on or off within seconds, giving them the flexibility to meet supply and demand amid fluctuating energy prices.

Texas is the only state in the US that has its own power grid, independent from the two major power grids supplying the rest of the country. Managed by an entity called the Electric Reliability Council of Texas (ERCOT), the grid powers 90% of the state and requires a perfect balance between supply and demand to operate which means an oversupply of energy is just as bad as too much simultaneous power usage.

The plan proposed by Bitcoin mining enthusiasts is that they as the buyers of electricity will take any power given at any time of the day while they are also willing to power down when demand surges. This way, they would be able to shift power back into the grid when required according to Cruz.

Shaun Connell, the EVP of power at Lancium, an energy tech company that specialises in Bitcoin mining, said that when demand is higher than the available supply of electricity for more than nine minutes, some machines will automatically shut down to protect themselves and could lead to grid-wide blackouts, as well as a hard restart of the whole system.

ERCOT has a programme called the Emergency Response Service (ERS), which pays industrial users to lower their use during times of high demand. This usually takes 10 to 30 minutes which Connell said isn’t fast enough as the grid sometimes requires a response within sub-seconds. Meanwhile, Bitcoin’s “interruptible load” means that machines can be shut down with a few seconds’ notice with little consequence. Lancium recently announced that it is spending US$150 million (~RM633 million) to build Bitcoin mines across Texas that run on renewable energy.

However, some critics said that adding Bitcoin mining activities will only raise the demand further which would only stress the system even more. ″The analogy I like to use is that if you start smoking two packs a day and then cut back to one pack on holidays, that doesn’t make smoking good for your health,” said Ben Hertz-Shargel of research group Wood Mackenzie.

He argued that ERCOT should be focused on grid improvements to make it easier to get power from solar and wind farms to big consumption centres. Then again, the state’s low-cost renewable energy sites are usually far away from such areas which include big cities such as Dallas and Austin.