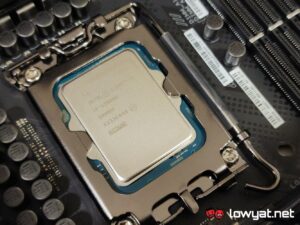 ASUS and its overclocking team officially broke the overclocking record for Intel’s 13th Gen Core i9-13900K. With the use of liquid helium, the PC brand announced that it had pushed the CPU’s clockspeeds past 9GHz.

Specifically, the 13900K was overclocked to an eye-watering 9.009GHz on an ASUS ROG Maximus Z790 Apex with said liquid helium and was stable long enough to run the benchmark programs Pifast for 6.85 seconds and SuperPi 32M for 3 minutes, 3 seconds, and 778 milliseconds.

With that, the ROG Maximus Z790 Apex has 14 World Records, and 29 GFP scores, making it the Z790 record-breaking champion.

ASUS’ overclocking team also disabled all the E-Cores on the 13900K, meaning that the CPU was running on just its eight P-Cores and eight threads. It should be noted that the medium of cooling wasn’t just pure liquid helium; the team says it used an odd combination of liquid helium and nitrogen.

For another matter, SkatterBencher, one of the team’s overclockers, lauded the brand’c choice of CPU, describing the 13900K as one of the most “well-behaved” CPUs that they have ever aggressively pushed using liquid helium: the CPU is supposed scales very well and is even able to operate consistently even when under a temperature of -250°C, and with very little fluctuation.

Nevertheless, getting the 13900K to operate past the 9GHz is no easy feat. Firstly, it’s effectively managed to beat Intel’s alleged claim of pushing the faster 13900KS past the 8GHz mark, although we’ve yet to see any proof of that. However, that CPU is expected to have a boost clock of 6GHz out of the box, which is astounding in its own right too.

And while the 13900K is the first CPU to push past the 9GHz barrier, there are other CPUs that have come close to that holy grail number, the most prominent being AMD’s FX Series processors. While considered to be one of the worst lineup in Team Red’s portfolio to-date, it was still one of the most capable processor series, along with its AM3+ chipset, in terms of frequency scaling, with multiple overclockers achieving more than 8GHz with LN2 cooling.