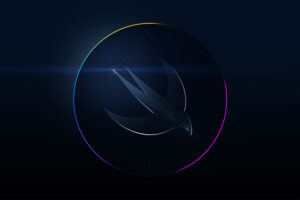 Apple will be hosting its annual Worldwide Developers Conference (WWDC) in an online format once again this year. Scheduled to take place from 6 to 10 June, this is the third time in a row that the event is taking place in virtual space.

As usual, the event is expected to reveal the next major software updates for iOS, iPadOS, macOS, watchOS, and tvOS. Apple claims that it has a community of more than 30 million developers, who will get to participate in the week-long event for free which includes keynote speeches, State of the Union presentations, information sessions, and more.

Additionally, the tech giant is holding a special contest to encourage young minds to code using its Swift programming language. The Swift Student Challenge invites students to submit their Swift-based app and stand a chance to win a one-year membership in the Apple Developer Program.

Most consumers will have their eyes set on iOS 16, which traditionally is announced in June at WWDC and released in September. There are also rumours that Apple will unveil a refreshed Mac Pro and iMac Pro with Apple Silicon chips but of course, we will have to wait until June to know how true these rumours are.

The post Apple WWDC To Take Place Online Once Again This June appeared first on Lowyat.NET.