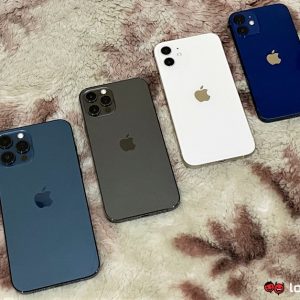 If you have an old Apple device – be it an iPhone, iPad, or even Mac – which you feel needs a battery replacement, you may want to get it done sooner rather than later. This is because the cost of doing so may be going up as soon as 1 March, involving nearly all but the most recent of devices.

Apple has yet to make an announcement on the matter, but a Redditor has spotted a new set of fine print on the Apple support page for the iPhone. Below the “Get estimate” button, the company writes that “Effective 1 March 2023, the out-of-warranty battery service fee will be increased by US$20 (~RM88) for all iPhone models prior to iPhone 14”.

Similar lines can be found on the Apple iPad and Mac pages. For the former, the fine print states the same US$20 increase will be applied to the 12.9-inch iPad Pro of the 5th generation and older, the 11-inch iPad Pro of the 3rd generation and before, the 10.5- and 9.7-inch models of the iPad Pro, as well as all iPad mini and iPad Air variants. As for the latter, battery replacements for all MacBook Air models will go up by US$30 (~RM132), while MacBook and MacBook Pro models will be hit by a US$50 (~RM220) price hike.

All that being said, these price adjustments apply specifically to the US market. On one hand, it’s unclear what these price increases will be like in Malaysia, since these are usually handled by authorised resellers rather than Apple itself. At the same time, it’s almost certain that the local market will be affected by these price changes to some degree at the very least. After all, we were also affected by the increase in iPad prices across the board back in October last year. That price hike itself was sort of in line with the App Store price hike that the company previously announced.