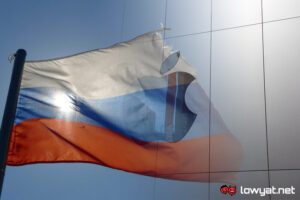 Apple is challenging Russia’s market regulator in court over an earlier ruling that would allow third-party app developers to point out alternative payment methods to users which is something that the tech giant prohibits on the App Store.

Back In August, the country’s Federal Antimonopoly Service (FAS) has issued a warning to stop the practice by 30 September. Apple refused to do so even after the deadline, which prompted the FAS to start a formal antitrust investigation against the company in October. If found guilty of violating Russia’s competition law, Apple risks getting a fine though the regulator did not specify the amount.

This is yet another battlefront for Apple who is already facing an injunction to allow external payment methods after its legal battle with Epic Games. The company failed in its appeal of the ruling and must now comply by 9 December, though legal filings show that Apple could actually charge a commission on third-party transactions.

Meanwhile, Russia has recently been trying to rein in foreign tech companies, requiring them to have local representatives and even investigating Netflix’s content for allegedly violating the country’s gay propaganda law. Apple is no stranger to Russia’s scrutiny though, with the company being fined US$12 million (~RM50.6 million) earlier this year for violation of anti-monopoly laws following a complaint by cybersecurity firm Kaspersky Lab.