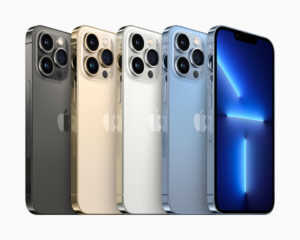 Apple is apparently developing a subscription service for the iPhone, where you would pay a small regular fee to own a smartphone rather than paying the full price. According to Bloomberg’s Mark Gurman, sources in the know are saying that the company wants to tie in the subscription to the same Apple ID used to buy apps and other services such as iCloud or Apple Music.

Gurman says that it could be similar to a car-leasing program, where it could generate more revenue by helping customers pay for expensive products in small increments. He claims that it won’t be like an instalment program where you would have a set amount of months to pay the full price tag, but rather a monthly fee that depends on which device you choose.

With that, subscribers would be able to switch out their iPhone for the latest model every year for that monthly fee rather than paying for a whole new phone every time they want to upgrade. Apple has reportedly been working on it for months but recently shelved it to fast-track a “buy now, pay later” service for Apple Pay.

Still, Gurman’s sources claim that the iPhone subscription service is set to be released at the end of 2022, but that it could be delayed to next year or possibly even scrapped entirely. Nothing is confirmed as of yet as Apple declined to comment on the matter, but it would be an appealing offer for those who regularly buy the newest iPhone.