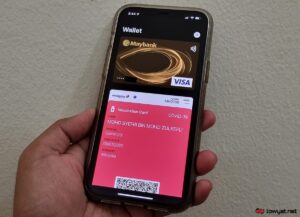 After a long while, one of the most requested features by local Apple users has finally arrived in our market. With so many signs having popped up for the past few weeks including two dedicated web pages that went online ahead of schedule, we can now fully confirm it to you that Apple Pay is now in Malaysia.

Apple Pay was first announced to the world back in September 2014 during the launch of the iPhone 6 and iPhone 6 Plus before it was rolled out to consumers in the U.S the following month. However, Apple kicked off the project way back in January 2013 according to this piece by The New York Times.

With today’s availability, Malaysia is the ninth country in the Asia Pacific as well as the second market within Southeast Asia to receive Apple Pay after the launch in Singapore that took place in April 2016. At the time this article was published, the company has yet to officially announce the arrival of Apple Pay in Malaysia but suffice to say based on the leaks we have seen so far, AmBank and Maybank are definitely some of the banks that support the service at launch.

In fact, we are able to add our own Maybank Visa credit card into the Wallet app this morning. Here is the list of cards that Malaysian users can add to Apple Pay at the time being, according to the previously released FAQ document:

We will be updating this article with cards from other Malaysian banks that support Apple Pay once we receive further information from them or Apple. So, please come back from time to time in order to see the up-to-date list.

For those who are not familiar with the service, Apple Pay can generally be used at any NFC-based card payment terminal. If the card terminal can accept Mastercard and Visa contactless, you should have no problem completing the transaction using Apple Pay by tapping your iPhone or Apple Watch on the terminal.

Aside from that, Apple Pay can also be used inside the Safari browser on iPhone, iPad, and Mac. The service also supports payment for apps and games in App Store.