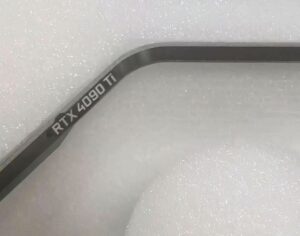 Leaked screenshots of the 3DMark benchmark, allegedly belonging to NVIDIA’s unreleased GeForce RTX 4090, have seemingly made their way online. The screenshots were initially posted on the Chinese tech forum, Chiphell, and was picked up by several leaksters, including the likes of HXL (@9550pro).

Based on the image, the alleged RTX 4090 obtained a score of 20192 points for the graphics portion of the Time Spy Extreme test, which is slightly higher than the GPU’s initial speculation of a 19000 points average. Also, ignore the overall test score that’s being shown there; according to Videocardz, the reason the average score is so low is that the graphics card was being tested on an Intel system running a Core i5-12400F.

For another matter, the leaked images also show the GPU clock and operating temperature of the alleged RTX 4090. Supposedly, the GPU peaked at speeds of 3015MHz, which is exceedingly high for a graphics card, especially when you consider that even the most premium flagship GPUs peak at 2.1GHz, and that’s before AiB partners begin applying their own tweaks to them. Getting back on point, the same test also shows the so-called RTX 4090 reaching 65°C when running at full whack and dropping back down to around the 30°C mark when idle. That is its ambient temperature, by the by.

Other details suggest that this RTX 4090 is likely designed to run on a TDP between 600W and 800W, which indicates that could very well be an engineering sample, given the initial rumours that the card is expected to ship out with a much lower TDP of 450W.

NVIDIA is now expected to announce the GeForce RTX 4090 on 20 September during its GeForce Beyond broadcast at this year’s GTC. Specs-wise, the card is expected to ship out with 24GB GDDR6X, 16384 CUDA cores, and an AD102 GPU based on a new Lovelace architecture.